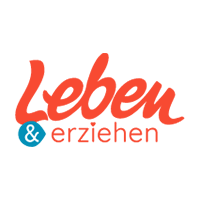 Promoting international understanding by continuing to bring school classes together

Connecting teenagers across the world without them needing to travel, expanding the knowledge and understanding of others and our differences in the simplest possible way – this is "connecting youth" in a nutshell. November 2022 saw the continuation of what we started in 2021, this time with new students.

Three schools, three countries, two continents, and one time zone. Theoretically, 103 countries around the world can easily be accessed from our time zone, +/- one hour. This means that German students were able to chat to students from 102 other countries and learn about and from each other without them or the other students ever having to leave the classroom. And it also encompasses several African countries and cultures in addition to those in Europe. Our project is proof that this can broaden the horizon of all students.

A year ago, we launched the first round with classes in schools based in Kenya, Denmark, and Germany. The students were aged between 15 and 18 years old and the three classes met weekly during their English lessons to introduce themselves, learn from each other and develop an understanding of each other’s culture.

In addition to this, they received training and practice on how to use the modern Logitech equipment as well as the Zoom web conferencing tool. This combination of learning (equipment, etiquette, English) and application was extremely well received by all the students and their teachers, including in November 2022 when the second round began with new classes in the same schools. This time, the focus was on breakout sessions, working in small virtual groups together. Topics covered included geography, culture, history, and education itself.

The intercultural aspect once again presented a challenge. The girls in Kenya generally behaved in a more reserved way than the northern Europeans did. Very polite and respectful, whereas the German and Danish students were more laid back. This meant it was sometimes important to "nudge" the students from Hamburg and Silkeborg to actively involve the Kenyans. And that was a key learning point from the group work: how to include everyone, particularly when they are more reserved. In the intercultural context (and not just there), this is an important element, particularly the manner in which it is approached.

In the first session, the tools were explained and the introduction videos produced by the classes themselves were played. These made (and were intended to make) the students grin and laugh, lightening the initial atmosphere for everyone.

In the second session, the groups were divided and split up into different virtual rooms. These had already been determined in advance so that work could be started quickly without the need for lengthy organizational preparation. This session covered specific questions, for example on geography, culture, history and education in the respective country and school.

For the third session, it was up to the students to freely choose the topics for discussion in their break-out rooms and simply use the time to chat. Topics such as leisure time (including alcohol consumption), sport and traveling were discussed with humor but also respect. This meant everyone learned enlightening and different things. There was also another topic that led to discussions, but only in Germany: the question of how the Second World War still influences life today. Students in Denmark and Kenya merely shrugged their shoulders at this question because it does not have the same significance there as it does in Germany.

The final joint round made it pleasantly obvious how much everyone had learned about the Zoom tool and Logitech equipment. Some of the participants used the technical tools to playfully create new outfits and environments, which only served to emphasize the fun had in the sessions. Several of the students shared their Instagram accounts in the chat function so they could stay in touch with each other.

The students‘ reactions were unequivocal. They thought the virtual meetings and chat were "really cool", as well as instructive and entertaining. And the teachers enjoyed it too. It was wonderful to see the students so engaged and how they overcame some linguistic hurdles, proving that learning by doing is truly effective. The feedback from all participants, including partners, was crystal clear: we want to continue in 2023.